Byzantine-era Hagia Sophia is one of Istanbul’s main tourist attractions in the historic Sultanahmet district of Istanbul. Turkey’s President Recep Tayyip Erdogan formally reconverted Hagia Sophia into a mosque and declared it open for Muslim worship, hours after a high court annulled a 1934 decision that had made the religious landmark a museum. Originally a cathedral, Hagia Sophia was turned into a mosque after Istanbul’s conquest by the Ottoman Empire but had been a museum for the last 86 years, drawing millions of tourists annually.

The Hagia Sophia, whose name means “holy wisdom,” is a domed monument originally built as a cathedral in Constantinople (now Istanbul, Turkey) in the sixth century A.D. The story of the construction of the Hagia Sophia began in A.D. 532 when the Nika Riots, a great revolt, hit Constantinople. In the wake of the uprising, and on the site of a torched church that had been called the Hagia Sophia, a new Hagia Sophia would be built. To the ancient writer Paul the Silentiary, who lived when the cathedral was completed, the building represented a triumph for both Justinian and Christianity.

It was in 1934, that the government of Turkey secularized the Hagia Sophia and turned it into a museum. The Turkish Council of Ministers stated that due “to its historical significance, the conversion of the (Hagia Sophia) mosque, a unique architectural monument of art located in Istanbul, into a museum will please the entire Eastern world and its conversion to a museum will cause humanity to gain a new institution of knowledge.” [From Robert Nelson, “Hagia Sophia: 1850-1950: Holy Wisdom Modern Monument,” University of Chicago Press, 2004)

India dispatched the first consignment of... 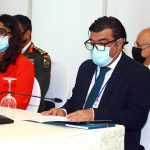 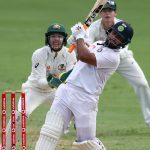 95% of vaccine limited to 10 countries 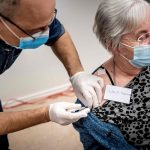 Meteorologists have predicted that the polar... 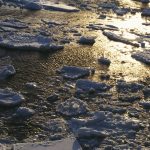 War ‘at any second’: Xi Jinping to China’s military 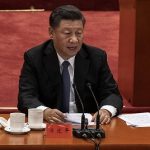